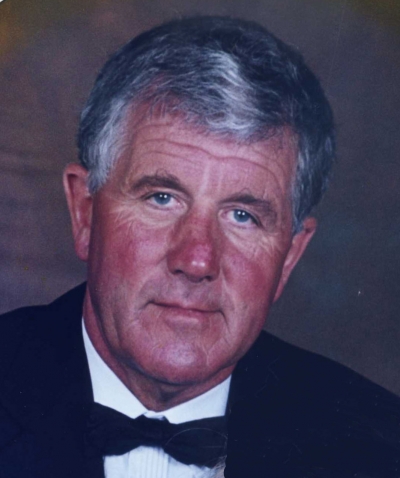 Bernie Farrell The death of Bernie Farrell, on Boxing Day at the age of 72, marked the passing of a former Chatham House schoolmaster, who will be remembered fondly by countless ex pupils and a host of former colleagues, in nearly 30 years spent at the school. In sporting circles he will be equally mourned as one of the finest rugby players ever to represent Thanet Wanderers R.U.F.C. Born near St Helens in South Lancashire, Bernie gained his degree in chemistry at Sheffield University. He played at fullback for the university rugby team throughout his time in Sheffield. He also played for South Yorkshire and had the honour of representing the full English University team. Graduating in 1964, Bernie spent a year at Cambridge University studying for his Graduate Certificate of Education. He gained a place at fullback for Cambridge and was considered unlucky not to have earned his "Blue" in the 1964 Varsity match. In early 1965, Bernie arrived in Thanet for a terms teaching practice at Chatham House School. During this time, the favourable impression he made at the school was rewarded with the offer of a permanent teaching position in the Science Faculty. He accepted the offer and joined the full time staff at Chatham House in September 1965. In the mid 1960s, Bernie had brief spells of first class rugby with top London sides Blackheath, London Irish and the Saracens, but gradually found the amount of travelling for games and mid week training simply too much. Thus began his long and distinguished playing career with Thanet Wanderers. He went on to make over 500 1st XV appearances, holding down the fullback position into his forties. He was club captain in the 1971-72 season and was selected for the Kent County side on a number of occasions. Such was his enthusiasm for the game, combined with his fitness, even at 58 he was still turning out in the clubs lower sides proving an inspiration to a generation of younger players. Bernie's teaching ca