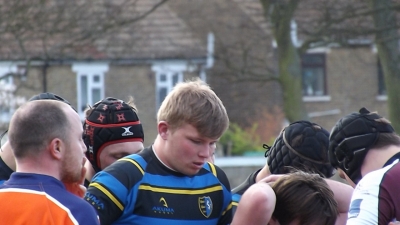 Tom Mount has again been selected to play for the Kent under 20 team. He will start at tighthead prop in the fixture versus Berkshire to be played at Charlton Park's ground on Sunday 4th January (KO 2.00PM). Thanet's scrum half Antony Clement who played in the earlier win versus Hertfordshire was not available for selection due to an injured knee. UPDATE Kent won a tight contest 19 - 12 and progress to the quarter finals to be played at Charlton Park's ground on 15th February. Tom played the full 80 minutes against Berkshire, scored the second try and gave a good all round performance.