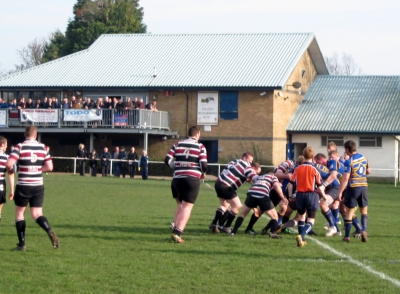 The main purpose of the EGM was to review the club's finances. Due to the unavoidable absence of finance director Lenny Brown, Simon Kemp the Club Chairman led the meeting. He outlined a very sound position and was gratified to report that it had not been necessary to call on the 450 Club to subsidise the day to day running of the club. This was very much due to the marketing and sponsorship committee consisting of Jimmy Green, Chris Marson and marketing director Peter Ruranski. Their sterling efforts had more than doubled income from that sector during the past financial year. They were warmly congratulated and thanked for their efforts. Lenny Brown was praised for reorganising the club's accounting practices in concert with Kelly who in addition to running a very efficient catering and clubhouse rental operation was now taking a major part in the day to day accounting for the club. Director of Operations, Gerry Doyle, had overseen the clubhouse refurbishment and had reorganised the bar operation more profitably. Membership secretaries for Vice Presidents and Players, Peter Dickinson and Geoff Redmond had maintained membership and pursued defaulters with their customary zeal. Their efforts, like those of the Sunday morning registration officials, were much appreciated. Encouraged perhaps by the healthy financial position, the Chairman took the opportunity to introduce proposals for a first floor extension over the original changing rooms. This would provide a dining/meeting room, storage room, first floor toilets and improved facilities for girl and lady players. Plans were shown to the meeting and it is hoped that they will shortly be available for viewing on-line. In the meantime they are displayed in the clubhouse and comments and suggestions to the Chairman are welcome. The meeting closed after a question and answer session regarding the accounts.