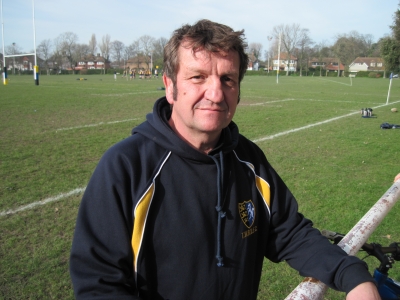 We have received three nominations in this year's awards First team Head Coach Tom Carlier is nominated in the Coach of the year category for leading his side to an emphatic title win in London Three South East. (Voting Code 2050) The first XV is nominated in the sporting moment of the year category when Captain Dave Lemon lifted the champion's award for London League 3. (Voting Code 2079) Last season's Colts are also nominated in the sporting moment of the year category when Tom Mount lifted the National Colts Cup after becoming the first side outside the National league clubs to win the trophy.(Voting Code 2084) The first voting coupon can be found on page 60 of Friday 31st of October's Isle of Thanet Gazette. Further coupons will appear in the editions of 7th and 14th November. Please use the coupons or drop in at the club and we will complete and forward. Alternatively you can vote by text by texting KN SPORT followed by the four digit voting code of your choice, your name, house number and post code to 63333 E.G. For Tom Carlier. KN SPORT 2050 John Smith 15 CT10 3AE Please remember the spaces Texts will cost 50p each plus one standard network rate message. Closing date for voting is midnight on Sunday November 23, 2014