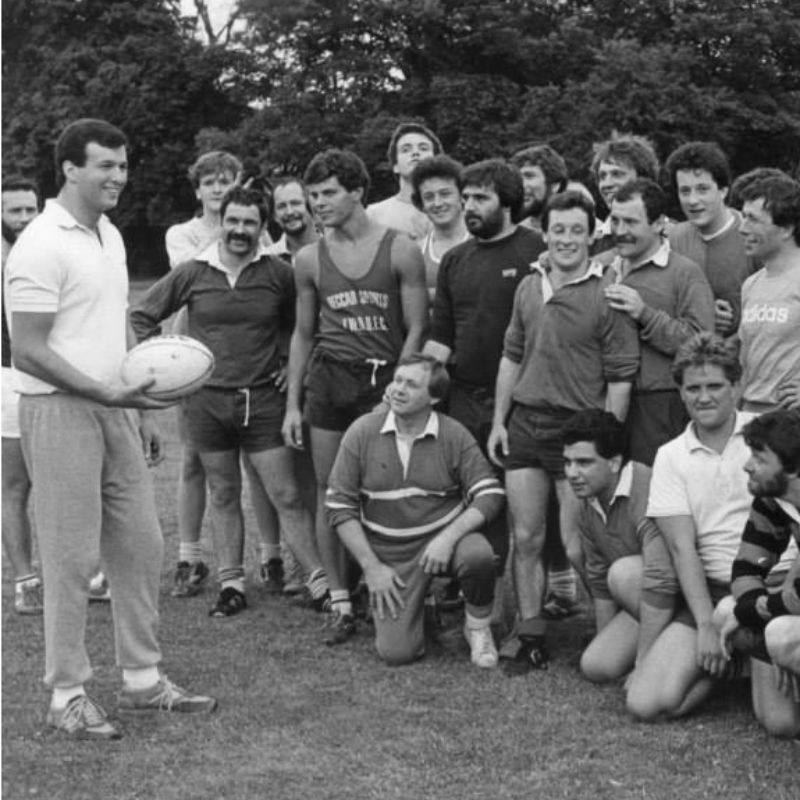 Absolutely devastated at the loss of Colin Brown at the weekend. An immensely popular guy whom I had been lucky enough to call a close friend for over 50 years. Nothing but smiles and laughter at the wealth of memories created. This will go for everybody who knew and loved him. His mischievous sense of fun was legendary. A star of sport at Chatham House and a massive force at Thanet Wanderers.
He joined there as a colt and quickly established himself in the first team for at least the next 20 years plus. He became club captain in 1984 and inspired so many with his training ethic and commitment. Many of our Twickenham stars were given their first team debut under Colin. He played at 2nd row but such was his strength and versatilty he was a force at front row in the 90s. In Fleggys words during an inter club training he pushed the current first team props over the 2nd row!!
He could never retire from playing and always had one game left in him. He joined Mike Pond in a coaching role and guided the u17s to win a national cup, donning his kit on the way and joining in the training matches in spite of the 40 odd year age gap.
Unfortunately his toughest battle was to come and was fought with immense dignity and grace. I was lucky enough to spend a last morning with him just before Christmas, one I will treasure. We remarked it may have been the first Coffee we'd shared together. All the old tales were told with much mirth and laughter.
We also talked about his loving family of whom he was immensely proud and so full of love for. I do hope that they may take strength from all of the many tributes paid by devastated friends who all had the same warm feelings towards him.
Sadly we are unable to celebrate Browny at the Rugby Club at the current time. Rest assured we will give the big man a huge send off when possible.
Rest easy now Colbo
Peace and much love to you
Framie xx
https://www.facebook.com/colin.brown.332345/posts/4132531010105128