The TV cameras were at St. Peters 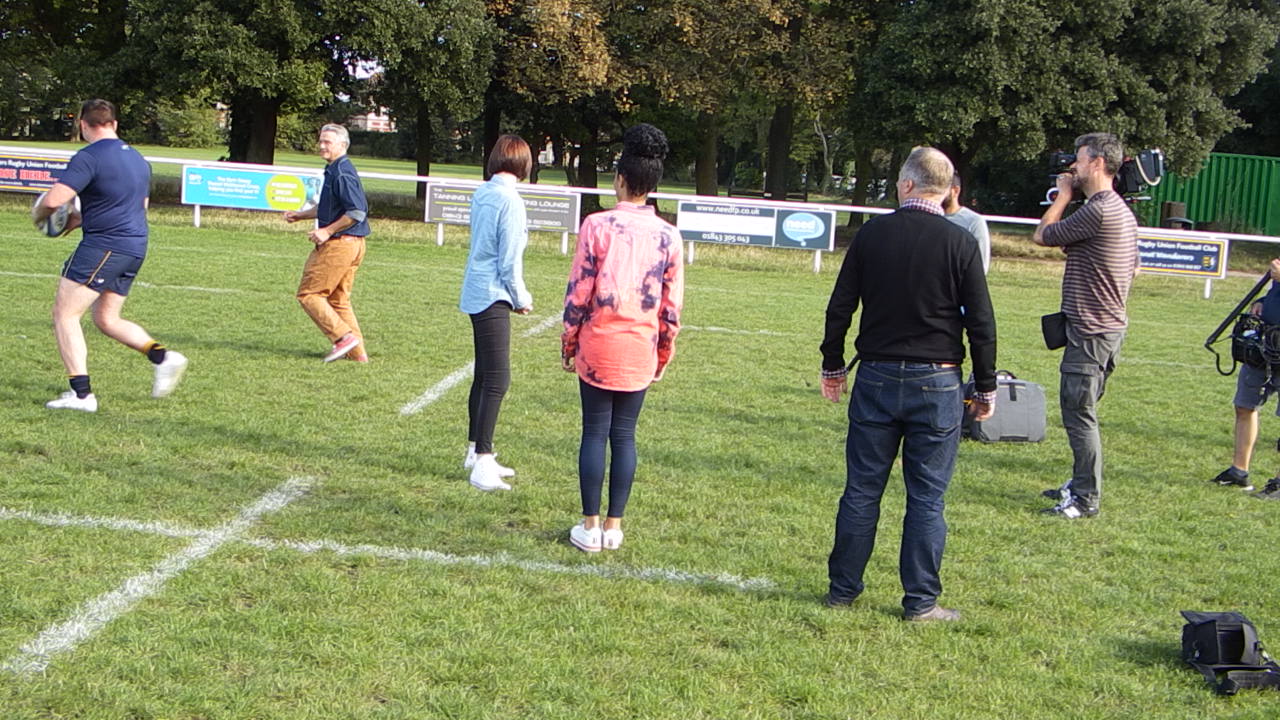 Filming took place this week ln Broadstairs for an edition of Fantasy Homes by the  Sea. A young couple from Enfield are considering relocating to Thanet. Their interest in rugby brought them to St Peters Recreation ground where Wanderers Chris Hood featured in some of the shots..  Producer Alan King, presenter Michelle Ackerley the featured couple and all the crew gave  club members and some members of the local community an insight into the creation of a programme.

The series will be aired by UK TV commencing in November