WINNING WEEKEND AT THE WANDERERS 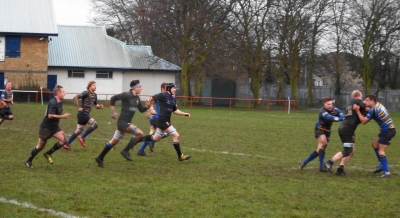 The first XV gained a try bonus point in their win versus Old Alleynians. A match report can be viewed via the link below The second XV shocked league leaders Medway who had previously only lost one match this season. Having led for much of the match they fell behind 22-24 with very little time left. A penalty for Cameron Hunter from wide out and into the strong wind sailed over for a well deserved win for the team coached by Mike Pond and Ron Connell. There were winners aplenty in the Clubhouse later with the big 450 Club draw Ł5000 cheque going to Peter White. The Race Night conducted By Big G, Mike Pond and Ron Connell sent some happy winners into the night too and raised a tidy sum to help offset the rising cost of Physio equipment