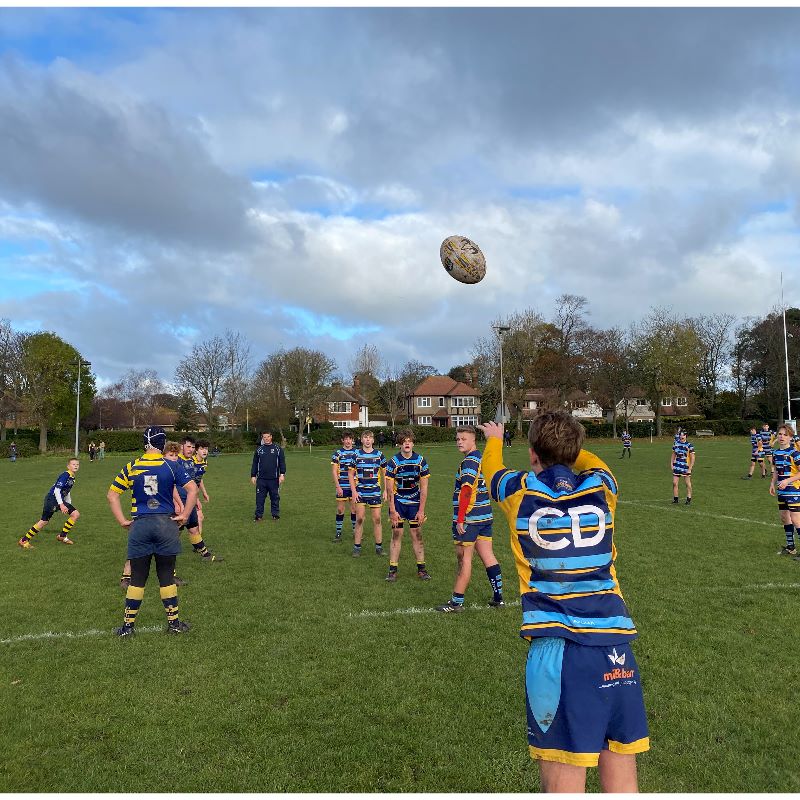 Match report.
Sittingbourne sit-down as Thanet run wild
2021-11-21 THANET WANDERERS 52 vs SITTINGBOURNE 5
After Canterbury U15’s ran scared into the hills last week it was a relief for the players and supporters that Sittingbourne showed a little more moral fortitude and were prepared to come down to the ‘house of pain’. After a mild couple of weeks in November, Sittingbourne were rewarded with a somewhat ‘crisp autumnal day’ with the familiar bitter cold wind swirling across the open fields of the St Peter’s Rec.

Thanet were blessed with a plethora of quality players this week (25) after good attendance at training midweek.  The coaches being in the nice position of being able to reward committed players by selecting starting players, not only on their training attendance but also their ability to turn up on time for games.

Sittingbourne traditionally have had some ‘big units’ in their pack when we have played them previously and again, they didn’t disappoint although they travelled light this time with only 17 players surprisingly short up front. Ollie Parker game-fully helping the Sittingbourne side out by playing for them in the first quarter (Finn Harris in the second) against his team-mates in the front row. Which meant they had a solid scrum platform.

From the outset it was clear that Sittingbourne were in for a ‘tough day at the office’ as Thanet were clearly up for this game. Playing on the larger second team pitch whilst the usual third team pitch undergoes a ‘revamp’.  Thanet always planned to move the ball wide against a large pack but with the wider pitch it was imperative to exploit the space outside. It was not long before this tactic paid dividends with the long legs of Noah taking the ball at pace on the left-hand side and out pacing his opposite number scored under the posts (5-0). The try being duly converted by Tom Gough (7-0). With the tactic proving to be a sound one and the ball moving crisply through Freddie Durrant’s hands at Fly half (making the position his own) it was clear if the ball was moved to the wings, tries were to be had. Unfortunately, a few tries went begging as rather than moving the ball, Thanet players started to try and take on too much themselves rather than letting the ball do the work. When the ball did finally reach Noah on the right-hand side, Noah did what Noah does, taking the ball at pace and sprinting round players to score his second in the corner (12-0).

Sittingbourne did have some good carriers but were appearing very one dimensional. Finally, Thanet did try the same tactic on the left-hand side and moved the ball thus creating a simple two on one on the halfway. Eddie Ashley-Gordon drew the fullback and passed to Jem Harris who hugged the touch line, out sprinted the defense to get to the corner and round under the posts (17-0) which Tom Gough duly converted (19-0).

Sittingbourne didn’t have any answer to the power and pace of Thanet and it started to look like Thanet could score at will. Another move to the left and with a potential three on one, Dan Jury opted for the kick but did well to get to it to touch down. This was converted by Tom Gough (26-0).

It was now the forwards turn to get into the action and Callum who had being playing well at scrum time and also throwing in superbly well at the line out, scored the next two tries, in one showing a very nice little shimmy and go (38-0).

Thanet made a number of changes at half-time, but the second half continued much as it had before with Thanet taking the kickoff cleanly and running it back into the Sittingbourne half. Unfortunately, running sideways and support players not keeping as much depth as they should meant passes were not going to hand like they could have.  Zachery Oliver-Hendy did make it over the line after a searing run but got held up over the line as he tried to put the ball down nearer the posts, a mistake the coaches hope he will never ever make again. The next try did come for Thanet as Harry Hopper dived over the line for another try having been tackling and catching the ball well all day (45-0).

Thanet’s final try went deservedly to Tom Gough who had been passing and kicking well in the inside centre position as he carved a hole through the middle of Sittingbourne’s back line to score under the posts (52-0).

The final word did go to Sittingbourne although to be more accurate, the Thanet players playing for Sittingbourne, as Kyle Pitcher carried really well for them and after some solid pick and goes from the base on the Thanet line, Sittingbourne finally crashed over the line to score (52-5).

Sittingbourne’s coach had seen enough, and the game finished 20 minutes early with a job well done for the Thanet. A good score line, however, against tougher siders we would rue the missed opportunities if we are true in our quest to try to become the best team in Thanet. Good to see our injured payers (Charlie and Luke) still coming up to support the team. 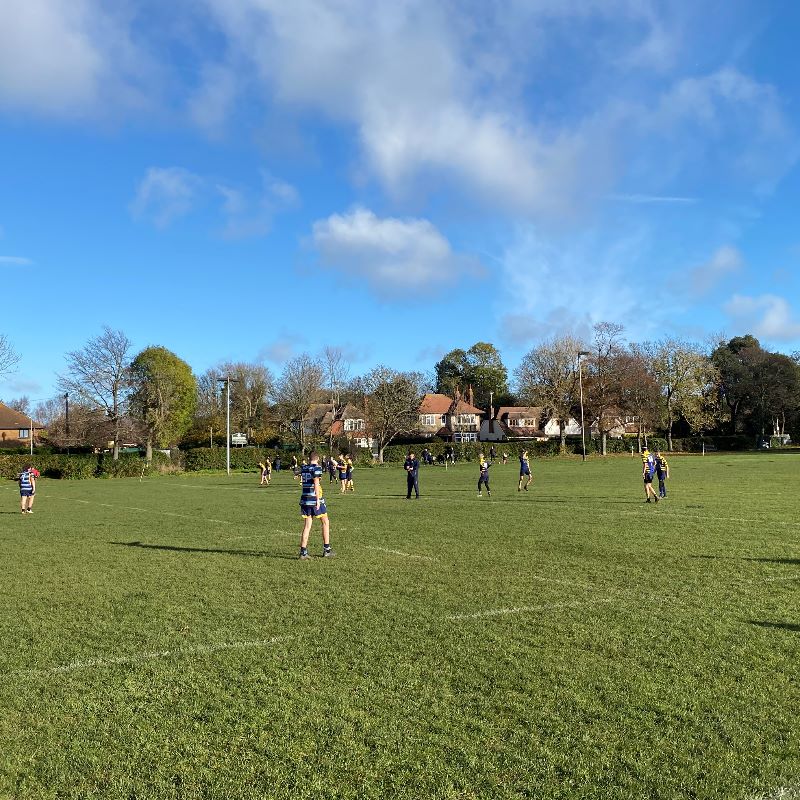