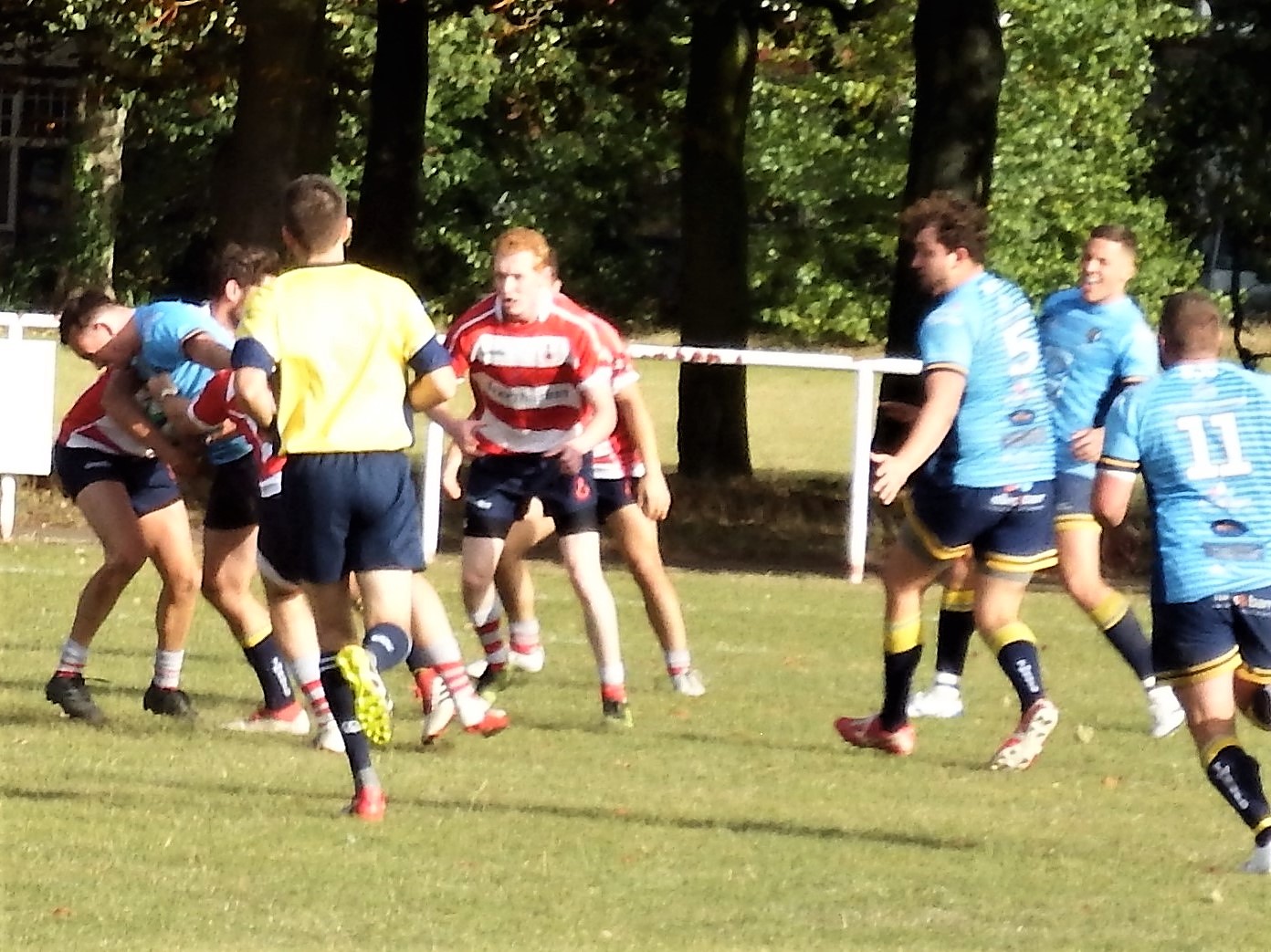 Poor performance from Wanderers ends with a heavy defeat.

The afternoon started so well with the unveiling of a specially commissioned set of shirts for the first XVs use during the match. Accompanied by his team and some of the clubs youngest side the U6s with coach Mario Garcia, first XV captain Neil Wakefield then presented a shirt each to Brian Bingham, Brian Gilham and Roddy Macaulay who have all been members of the club for over seventy years. Their initials were etched onto the shirts together with a motif of their choice and a large seven O. The shirts will in the future be used as a change strip for the first XV and by the clubs Veterans XV.

There were six changes to the Thanet side from last weekends starting XV. Danny Clement and Jake Mcgee were at loose-head and in the second row. James Langridge was at Scrum Half with Stewart Box at inside centre and Louis Marshall on the wing after several years out of Wanderers top team. Jake Whittlesea was at full back. A strong westerly wind was blowing diagonally across the pitch at the backs of Crowborough who played up the slope in the first half.

A lively start held promise for both sides but the visitors benefited from some hesitant home defence to score a converted try after seven minutes. A pair of penalties helped them to return to the home 22 and score their second try after a quarter of an hour to lead 12-0. Wanderers Hooker, Wakefield rolled an ankle and had to withdraw to be replaced by Warren Riddell-Bloomfield. Tight head prop Tom Mount was treated for an ankle injury and shortly after his return was also forced off to be replaced by Jake Webster

David Lemon was shown yellow and Crowborough scored a third try to lead 19-0. Two good penalties against the wind, from Nick Herbert took Thanet to half way and as half time approached some good handling between Marshall and Charlie Knight ended with a well worked try for Knight which Herbert could not convert into the wind. It remained at 19-5 to the visitors at the break.

Herbert went for the posts two minutes after the restart but the penalty was wide. Weak tackles again contributed to a fourth try to Crowborough that was unconverted. Andy Letts was shown yellow around the hour mark and the visiting forwards powered over for a converted try and the Sussex side followed with another a couple of minutes later to lead 36-5. Wanderers enjoyed a spirited spell that brought a try for Letts after a powerful forwards drive which Herbert converted to make it 36-12. A second yellow for the try scorer was converted to red. Scrums were uncontested with Clement also now off. Two more tries for Crowborough, one of which was converted, meant that the visitors claimed a well deserved victory by 48-15. They played uncomplicated rugby with very few errors that was more than enough to inflict a comprehensive defeat on Wanderers.

Louis Marshall had a good return to the first XV, working hard and linking well with Knight for Wanderers first try. He was the coaches choice as man of the match.

Next week Thanet travel to Gravesend for a 3pm kick off.