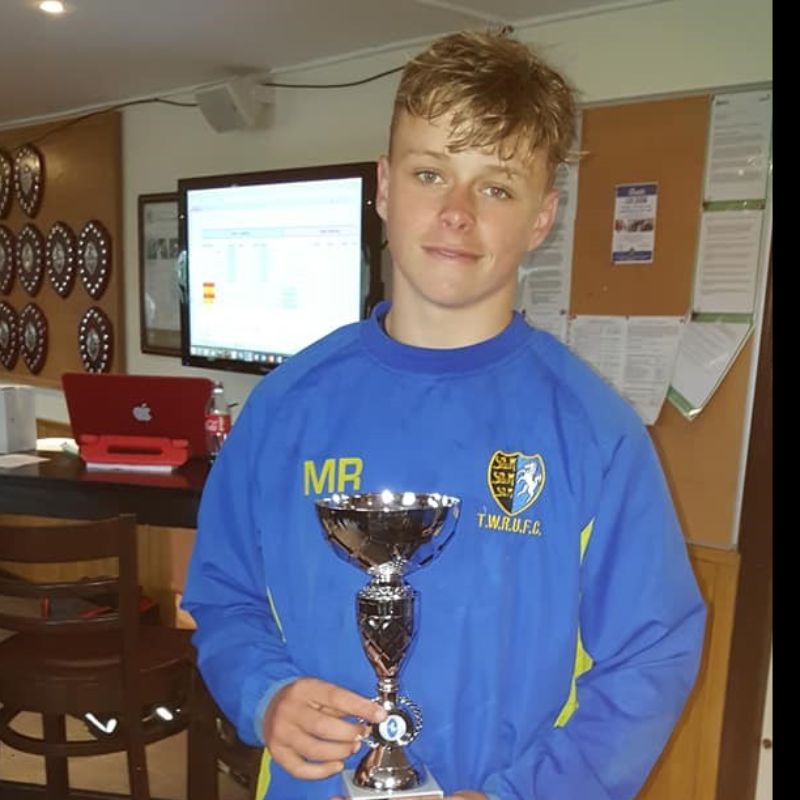 Thanet Wanderers U15 player Max Rogers has taken a big step on the ladder to success at Saracens.
Max began his rugby career at Thanet Wanderers at the age of four under the care of Jason Deacon and today is still being coached by Head Coach Jason in the U15s team. Max plays in the side as a centre or scrum half although he is happy to play anywhere. He is a pupil at St Lawrence School in Ramsgate and a member of their U15s team who are just three games away from the Twickenham final of the National Schools Vase competition.
Last year Max, as an U14, started on the Saracens Developing Player Pathway which seeks to identify those players with the greatest potential.  Max was originally one of 120 players selected from Kent, Essex and Hertfordshire but after recent assessment and selection matches he is now one of only thirty one boys from those counties to be selected for the Saracens U15 Elite Player Development Group Academy.  The purpose of this level is to help identify and facilitate the development of players aged 15-18, who have shown the behaviours and characteristics to become future Saracens players. Max will be required to attend weekly rugby sessions at the Saracens’ Allianz Park ground which is home to their first XV where 57% of the squad have graduated from the Saracens Senior Academy.
This achievement is a milestone that Max, his parents and coaches are justifiably proud of.
Good luck to him for the future from all at Thanet Wanderers.