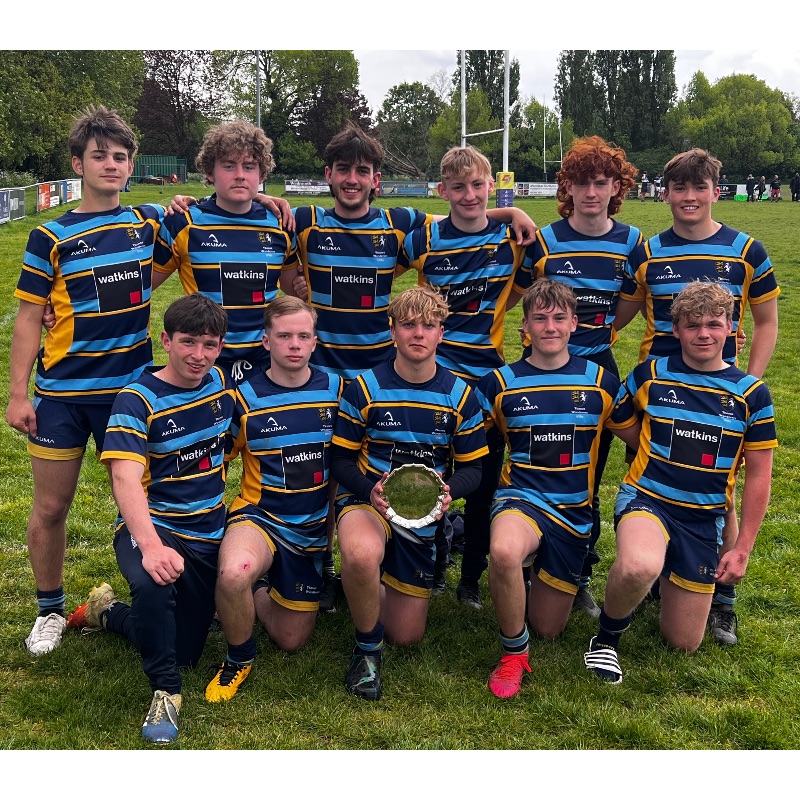 After a few years absence the county sevens tournament was back and was held in Beckenham on an overcast Sunday to close the rugby season for 2021/22.

Thanet had a tough group with games against Medway, Sittinhbourne, Beckenham and Old Alleynians. Playing on the main pitch there was a good crowd on what was most teams last rugby for the season.

Thanet kicked off against Old Alleynians, in what was a tough game against a team with some quick lads. The first half and Thanet were ahead with Gil Smith and Jordan-Smith scoring try’s, some great defensive work by Isaac Divine and Finley HICKMOTT kept Wanderers in the game. The second half and Smith added to the score to give them the win in the opener.

Wanderers then next had the hosts, Beckenham. The first half was a cagey affair with on Jordan-Smith scoring. Into the second half and Jordan Smith doubled the score and further try’s were added by Hugo Evans, Henry CARRUTHERS and Tom O’Callagahan. An emphatic win and and nothing conceded.

Into the third game against Sittingbourne and our attack ran riot again. Jordan Smith continued his scoring form by adding the first. Alfie Pearce was all over the pitch making tackles and setting up try’s which followed with two apiece from Ollie Burch, Ewan Maclean and Stanley Ball.

The fourth match in the group against Medway, had another Jordan Smith try but Thanet could not produce the flowing rugby of the previous rounds. Thanet also lost Divine to a head injury and his tournament for today would be finished. Both Thanet and Medway progressed to the next round in the Cup competition.

The rain then came down and after a bit of a break, Wanderers came out to play Sevenoaks. Oaks came out winners as Thanet never really got started but due to our results prior to this, we were placed in the semi final of the Plate completion against Gravesend.

The semi Final against Gravesend was played on one of the outer pitches which was very tight and made for a physical game.

Both teams came out of the blocks determined to make the final, and Thanet found their mojo again with Evans crashing over to give us the lead, which was followed up with another powerful try by Smith.

Just prior to the half time, Gravesend broke free and Pearce made a brilliant attempt to stop the try in the corner, which he did, but adjudged a high tackle and received a yellow and they were awarded a penalty try.

Thanet started the second half a player down, but were set on not letting the lead go and by the time Pearce came back on, wanderers looked in control till the end, even if they did not add any more points.

Thanet were into the final, against a big and powerful Aylesford side. The first half of the final, was virtually all Thanet with try’s from Smith, O’Callaghan and Ball taking the lead into the second half of 21-7. The second half kicked off with the last 10 minutes of the season left, Aylesford struck back with a couple of quick scores before Jordan Smith got his fifth try of the tournament. They then scored to take it into the last minute with the scores at 28-24 to Thanet. From the kick off they gained a line out. They won it and passed the ball quickly and found their free winger in space. With it now virtually time up, the match was on a knife edge. The winger ran in but as he got to the 5 meter line, Ball came across and made an unbelievable match winning try saving tackle and as the ball and player went out, the final whistle sounded.

Thanet had not only picked up the trophy they won for winning their Kent Cup league but they had also finished winning the Kent sevens plate completion too. This completed a fantastic season for the team. Two trophies, the squad has grown, we have played lots of matches, all players have gained experience and we move into Colts rugby next year in a great position having had such a positive season.

An argument for any of the squad for Player of the tournament could have been made, but the coaches chose Ollie Jordan-Smith as not only did he captain the side very well, he scored lots of try’s, but gave everything defensively too, Well done Ollie.