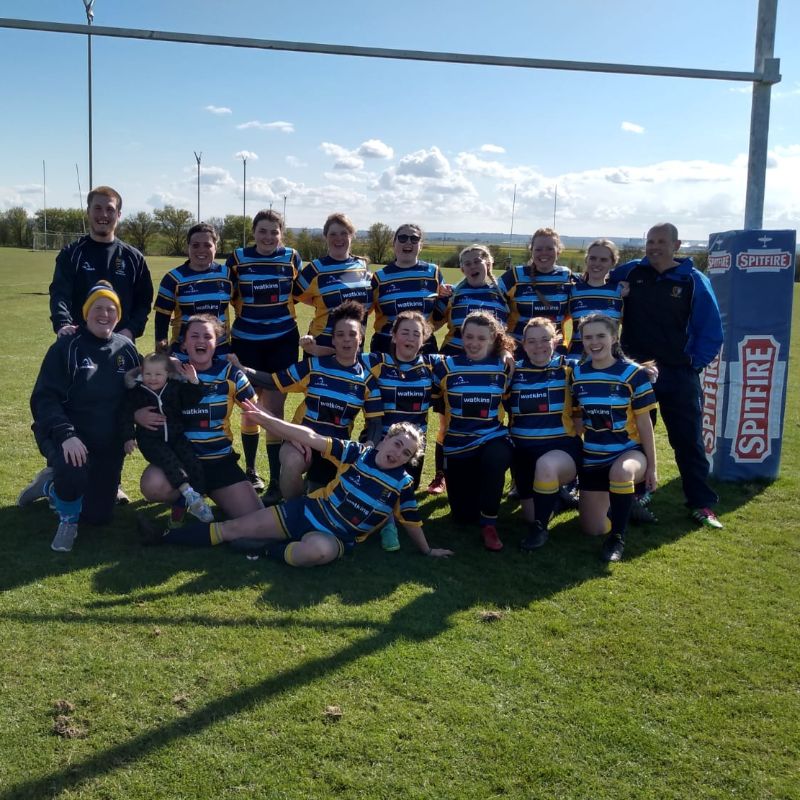 Thanet women's dream start continued today when they travelled to Sheppey who were hosting their first ever women's game. Medway were also there to play a mini development festival.
Thanet rather spoiled the host's special day when Thanet put 4 tries past them scored by Sophia, Milly, Crystal and Rachael. Sophia converted one and the final score was 24-0.

Thanet's second game against Medway was very tight in the first half with some very fierce tackling and some great ball handling. Alex scored on the stroke of halftime and Sophia converted so 7-0 at the break. In the second half Thanet dominated with some really impressive play with 2 tries and conversions from Sophia and a try from Rachael meant they ran out 26-0 winners.
This is an outstanding start from a group of ladies who have only been together for a matter of months and they should be so proud of their performances so far.
Their next game is next week away to Folkestone. Let's hope they can keep this momentum going.
If anyone is interested the women train on Tuesday evenings from 6.30. Everyone welcome regardless of experience. 🏉🏉♥️