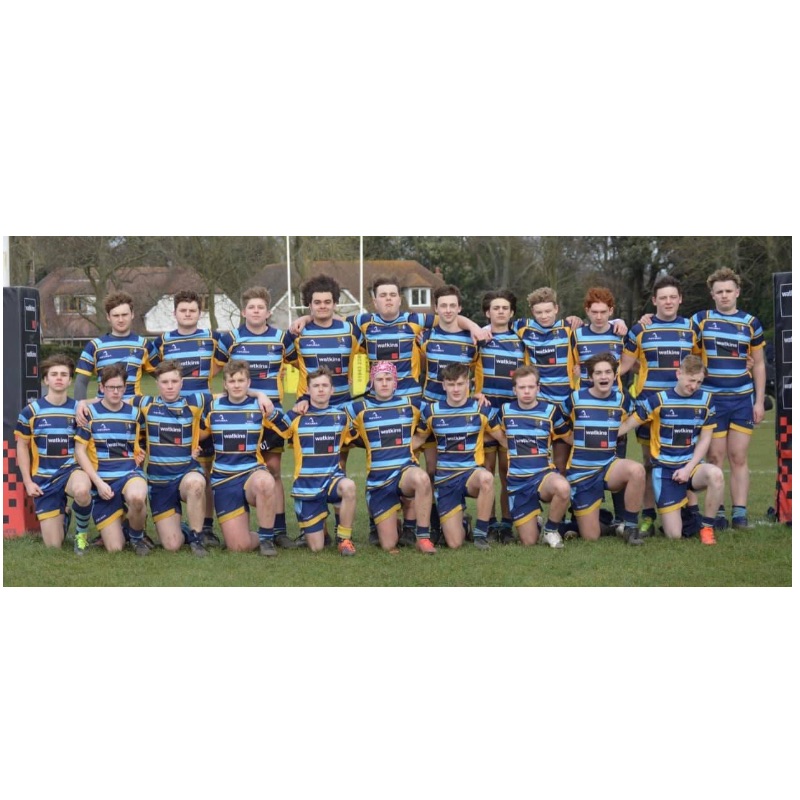 The third round of the Kent cup, and again the Under 16s only had one game as the Blue team were due to play Folkestone but they forfeited the game giving Thanet the points. So the Gold team were the only ones to see game time.

Thanet had some absentees and injuries but still managed to have a squad With 21 players. The day was clear but cold as the many spectators will know from today. St Peter’s Rec was busy as the Under 14s were holding a waterfall tournament there too.

The game kicked off, and there was quite a crowd watching the Under 16s which always gives the games that extra edge. Wanderers looked ready and had been asked to set out their approach for the game in the first few minutes and to continue this throughout the 70 minute game.

Straight away we saw Isaac Divine and Finn Hickmott putting some big tackles in, which did not stop till the final whistle. Linus Honey and Owen Read our centre partnership were showing dominance with their ball carries.

Literally just before the second minute, our 10 and Captain Theo Rowe, received the ball on the club house side of the pitch and kicked through with brilliant vision to pick out Ewan MaClean on the opposite wing. The ball carried through to perfection for Maclean to pick it up and dot it down for the opener.

Our scrum for both sides this year have been very strong and today that continued being led by our front three of Ben Couldridge, Jack Brewer and hooker Fred O’Halloran. In the 6th minute, after a good drive from Alex Baker and then fantastic clearing out by Divine and O’Halloran, feeding the ball to Alfie Reeves. He used his power and determination to make the line, which was also converted by Rowe, Thanet 12-0 up.

Harvey Stocker was at full back today and not only cleared up well as our rear line of defence but also made a huge last ditch tackle on the far side, when the Southwark winger had got free. Joesph Near was in the second row and showcased his growing skills and fitness having some good ball carrying runs.

A few minutes later after strong work from the team, Reeves received the ball a long way out and set off on a powerful run. He gained a great distance and made the right choice after fixing the full back to pass out to MaClean who ran in his second and again Rowe converted.

Both our wingers MaClean and Stanley Ball were seeing plenty of the ball, and although Thanet were on top, the Tigers were showing great spirit to try and stay in the game and were getting plenty of support from the watching crowd.

After great pressure from Thanet on the Southwark try line, attempts were made by Reeves, Honey and Read but their defence held up well, until Hickmott picked early and saw a gap and crashed over for the forth try. TMO would have been needed for the conversion which after a good hard look by the referee was not given.

The last try of the half came after good work by Thanet to push up field and camp out in the corner. Our scrum half Sam Stevenson picked the ball and went for the corner, still needing a lot to do but showed he wanted it a little more by getting the try which Rowe converted from a wide angle.

This was not the last incident of the half, as Southwark kicked into the corner on the club house side and Thanet showed a little lack of discipline to give away several penalties which although they initially thought they had paid the price for as one of the Tigers went over to score, but was pulled back for an infringement and Wanderers kept the zero for now.

As the half time whistle sounded the score was 31-0 to Wanderers. Thanet by this time had bought on all six of our replacements being Reece Davies, Archie Kujawinski, Josh McCulley, Ollie Burch, Dominick Springer, and Harry Burley.

Southwark although heavily behind came out stronger for the second half. And this forced Kugawinski, Springer, Hickmott and Divine to make a flurry of tackles and some very committed rucks.

Thanet settled down again and in the 6th minute of the half, MaClean received the ball from Rowe deep into Thanets own half. MaClean then showed super pace and movement to avoid the oncoming defence. Stepping and driving past 7 or 8 players, (although this grew to 30 or 40 later) and having enough in the tank to score under the post for a great individual try and his hat trick. Rowe comfortably converted the try too.

For the next 15 minutes, both sides probed each other, Thanet were still on top, but again credit to the Tigers who fought hard to try and gain some control and their heads did not drop. In the 20th minute, good passing from Thanet that included, Stevenson, Rowe and Burley, and  Welles the ball found  Ollie Burch he ran in the 7th try, to put Wanderers 43-0 up.

As mentioned the scrum was very dominate today again and this did not let up, and with 8 minutes to go our number eight Reeves picked and went for the line and getting his second of the match.

The last try was another great individual run from Ball, who from deep in his our half set off and with blistering pace ran in to score the 9th try of the game which Rowe converted. This now giving Thanet 55 points, and as per the Competition rules the Southwark coaches and then players were given the option to end the match early with 6 minutes to play. Huge credit to them, they played on and fought till the end and both teams got a massive round of applause at the final whistle.

The final score today was Thanet Wanderers Gold 55 Southwark Tigers 0. Wanderers put on a good display of powerful, supportive rugby with some individual moments of brilliance. Great credit to Southwark who never stopped competing and showed all the qualities of a rugby team that are improving and will no doubt get better.

Today the Man of the match went to Ewan Maclean for the second match in a row. Three tries, one of which was exceptional and an all round good performance, well done Ewan.

The squad now moved on to round four of the Kent Cup fixtures. The Gold team away at Old Colfeians and the Blue team, hoping to actually play a game are at home to Dover. 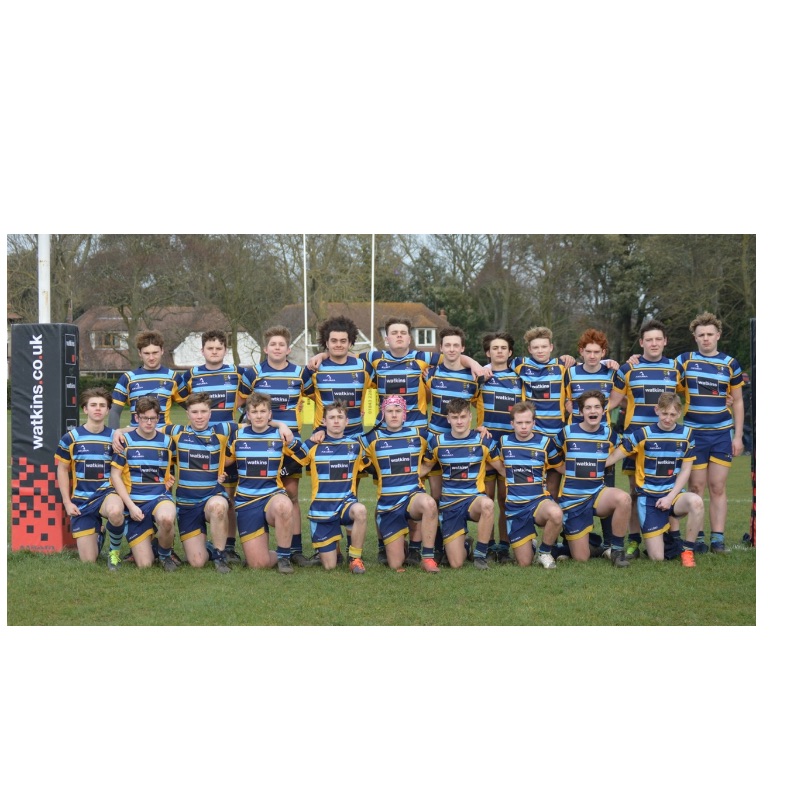