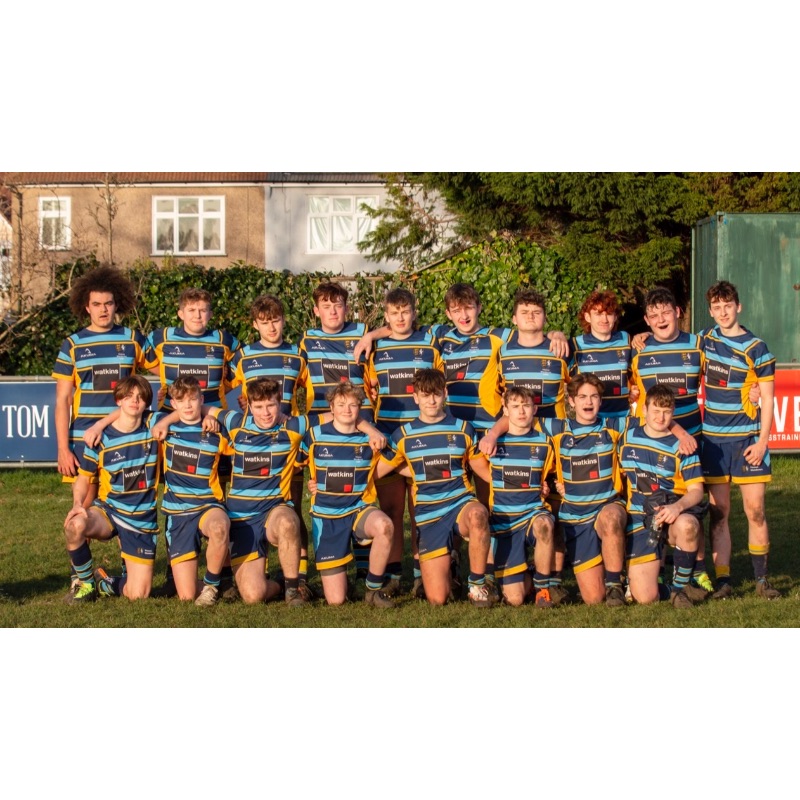 The second round of the Kent cup, bought the Under 16s only one game as  the Blue team were due to play Ashford, but Ashford forfeited the game, so the Gold team were the only ones to see action. They made the long journey to Beckenham.

With some withdrawals, some additions were made to the squad and Thanet still travelled with 18. The day started off chilly but by the time we got to our afternoon kick off it was perfect rugby weather. A few challenges with driving to the location but all made it and were ready to wear the shirt with pride.

The game kicked off, but within a few minutes one of the Beckenham lads sustained a head injury. The game was stopped and although we swapped pitches for a brief moment we found ourselves back on the first team pitch soon enough.

Thanet started brightly with Owen Read, Fred O’Halloran and Jack Brewer all taking possession of the ball and making some big gains up the pitch. Our scrum looked very secure and strong again with some very positive comments, especially around the front three of Ben Couldridge, Reece Davies and Dominick Springer.

I’m the 10th minute after huge pressure from Joseph Near and Archie Kugawinski, the ball found it’s way to Zach Ralph and a perfect cutting run and he was over for the first score which Theo Rowe converted.

We were looking equally assured in the line out with Alex Baker being lifted and even with them being contested, won all his and retained the ball. On a rare Beckenham attack, Couldridge put a massive tackle in to stop the advancing player. A change was made after Brewer ended up with a bloody nose and John Bray came on and immediately unleashed a great tackle.

Not long after the first score, Linus Honey received the ball on the half way mark, with a lot of players and distance between him and the line. With great confidence he set off on the run and weaved his way through and  showed great pace to score an excellent individual try, which Rowe converted again.

Both our wingers for the day Harvey Stocker and Ewan Maclean were seeing plenty of the ball and looked dangerous but also worked hard to defend. Lewis Vandervord was once again back at Full back, not his preferred position, but one he has excelled in and shows great concentration to take the high balls and work hard back at the opposition.

With 29 minutes on the clock, after some great ball winning rucks, Thanet Broke with Rowe pushing forward. Rowe gave a great example of fixing and drawing the defender before passing onto Maclean who still had a fair way to run, but spirited in to score the teams third, which Rowe also converted.

Thanet were not done yet. Lots of great pressure from O’Halloran, Read and Honey and eventually Kugawinski received the ball and showed huge determination to get another try for the team which the sure footed Rowe converted again.

As the half time whistle echoed the score was 28-0 to Wanderers. The lads were praised for a great first half. The challenge was going to be maintaining the quality and stopping Beckenham who were always going to regroup and come back stronger at us. Mason Waters and Will Durrant were introduced.

Beckenham came out for the second half like a different side, looking to correct the first. In the 6th and 13th minutes they scored in the corner, but could not convert. Thanet continued to work hard, but found themselves having to dig deep.

With a few more injures to both sides, which caused some stoppages, Thanet left a few spaces and with 5 minutes to go scored to close the score to 28-15.

Thanet had made all their substitutions and all three lads that had gone off had picked up injuries. But they closed the game out with one of the last plays, the ball was pumped forward by a Beckenham player which Durrant picked up and showed quick feet and movement to get past 3 or 4 players before passing off to Ralph who showed some brilliant pace and had just enough energy to make the line and score which Rowe converted, making five out of five for a great kicking display.

This last score quieted the watching home crowd and Thanet made sure they got to the final whistle without conceding any more. The final score being Thanet 33- Beckenham 15. Another great win for the Gold side making it two from two in the Kent cup.

Today the Man of the match went to Ewan Maclean as voted by the Beckenham coaches and we agreed with, after an excellent all round performance and a try too.

The squad now move on to round three of the Kent Cup fixtures. The Gold team at home to Southwark Tigers and the Blue travelling to Folkestone. 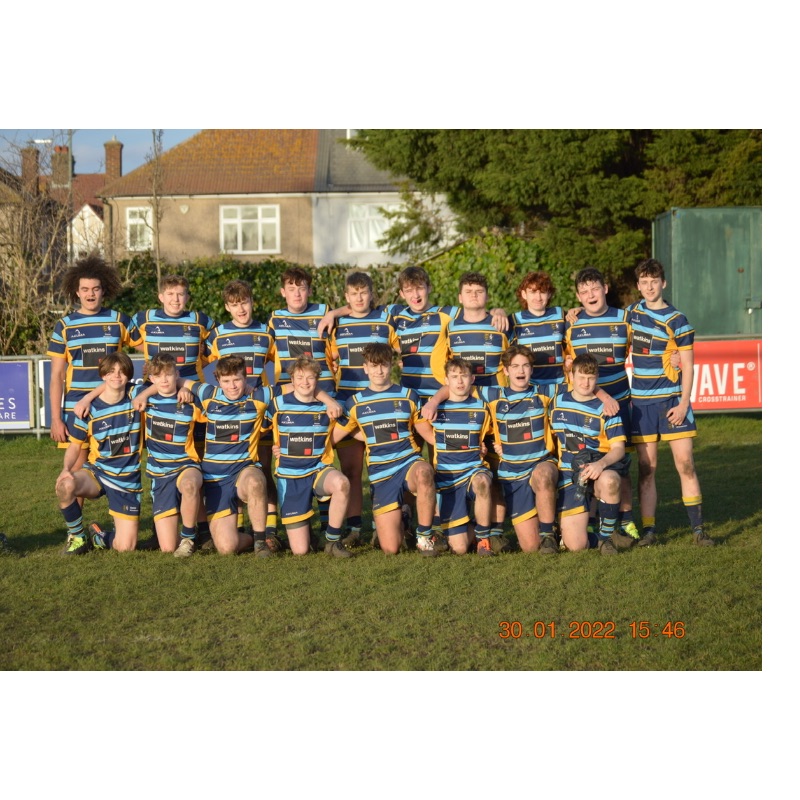 Thanet Under 16 Gold Vs Beckenham Gold