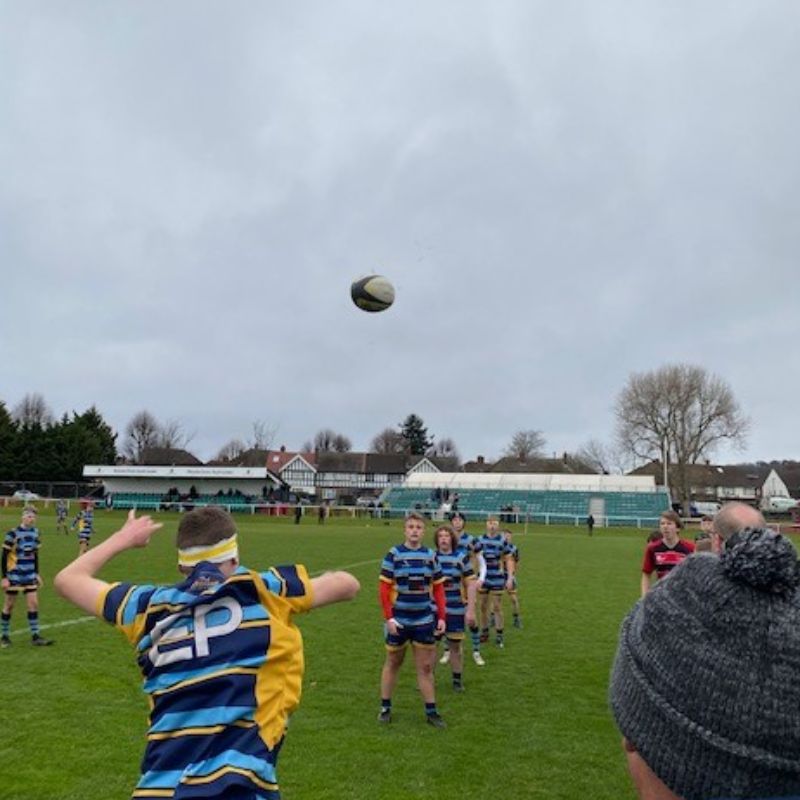 Thanet rue missed opportunities as Blackheath are let off the hook.

Big away day for Thanet as they headed into London in pretty much a straight line, directly to the Blackheath ground just off the A2. Thanet were full of confidence and travelled with a large squad of 25 players. Another cold day but the rain had stopped, and the game was set to be played on the main first team pitch with plenty of space to move the ball. The strong crowd from both sides settled in to watch what we all expected to be a competitive game.

The referee for the day talked to both sides about his expectations, including safety in the scrums (pushing for more than one meter) and the fact he was particularly hot on team not straying offside.

Blackheath won the toss and elected to play with the wind while Thanet received the kickoff. Both sides started well, and the ball moved to and fro as each tried to get the upper hand. Disappointingly it was Thanet that broke first after they gave away a couple of penalties for offside despite the referee’s pre-match warning. With the wind behind them the Blackheath kick flew between the uprights (3-0). The ball was again kicked into the Thanet half where Jack Vas picked up and was able to run back up beyond the 22. The resulting clearance kick was again followed up, but Thanet are slow learners and again we were called offside, and another kickable penalty awarded (6-0).

This seemed to galvanize the team to work harder, and continuous substitutes came on and off due to the size of the Thanet squad. Thanet started to have attack of their own and Blackheath were giving away penalties for offside. The resultant kick down onto the 22 gave Thanet a good lineout position from which to attack. Having worked hard on the maul in training, Thanet caught the line out and set the maul well ready to drive forward. After a slow start the maul began to creak forward, picking up momentum at each step. With the Thanet crowd roaring them on the forwards pushed right up to the line before being brought down just short. The ball then whizzed along the back line through Tom Gough and Zachery Oliver-Hendy  to Jem Harris who stepped inside and again was brought down just short of the line. The resulting ruck saw another infringement and the referee took the game back to the initial penalty on the other side of the pitch.

Ellis Plumridge was the first to react, backing himself and taking the penalty quickly. The Blackheath line wasn’t exactly caught napping, but Ellis had the power and determination to get over the line to score the try with the conversion coming from Jack Vas (6-7).

Thanet were beginning to turn the screw, but Blackheath always looked dangerous on the attack and were adept at jackaling the ball when Thanet players were isolated. Thanet got another penalty to lead (6-10). A kick through into the Thanet 22 was gathered by Dan Jury. The follow up from Blackheath was not well organised and a quick sidestep and dummy opened a large hole for Daniel to run through with open ground in front of him. Good pace saw him speed all the way to the line unchallenged to score a great individual try again converted by Jack Vas (6-17).

Blackheath started to see the game slip away from them, but Thanet seemingly started to rest on their laurels thinking the game was won. Sustained pressure and strong running from Blackheath lead to a breakthrough in the centres and a score (12-17). Blackheath were back in the game.

Thanet started to press forward but cracks were beginning to show, and some uncharacteristic handling errors in wet conditions by senior players and ill-discipline were letting Blackheath get themselves out of trouble. With Blackheath pushing further up the field, Thanet were seemingly now in a state of panic. It seemed inevitable Blackheath would score which they did after the penalties were starting to rack up and a strong run from the middle of the field saw Blackheath get their second all important try to lead (19-17).

Thanet gallantly tried to quickly get back the ground they held for so long but now time was against them. The final play saw a kick through to the fullback gathered and ran back to the halfway line but another turnover and knock on saw the referee call time.

A well contested good-natured battle that will see Thanet ruing missed opportunities and perhaps a killer instinct when it comes to putting teams away. We were dominant at scrum time (Archie Hussey, Finn Harris, Callum Duffy) but unfortunately this could not be exploited due to the hold rule. A lot to work on in training including discipline around the offside and showing more commitment on the field when things are going against you. 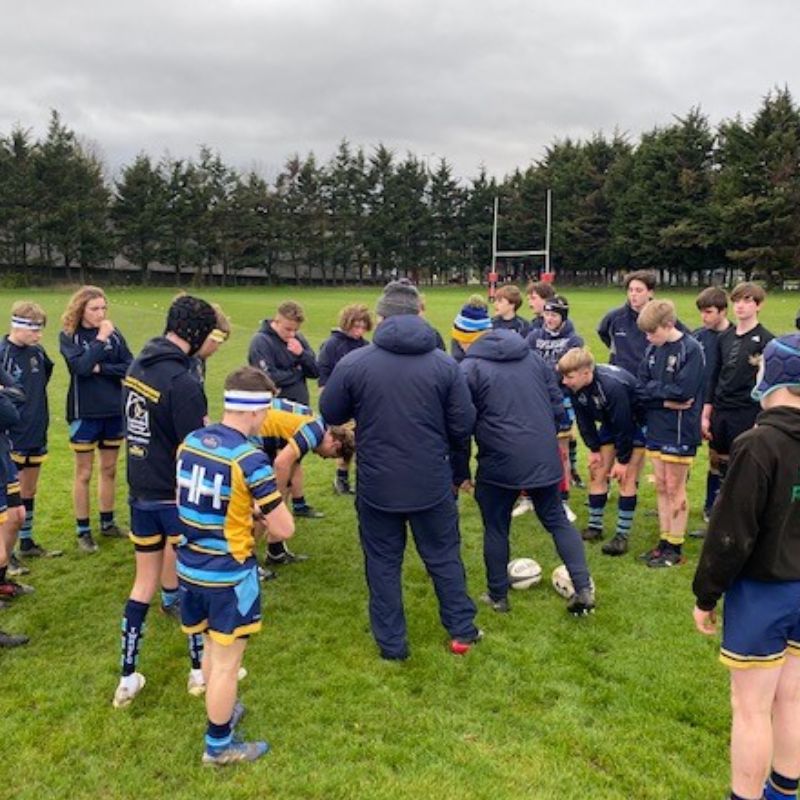 Thanet Under 15s Vs Blackheath