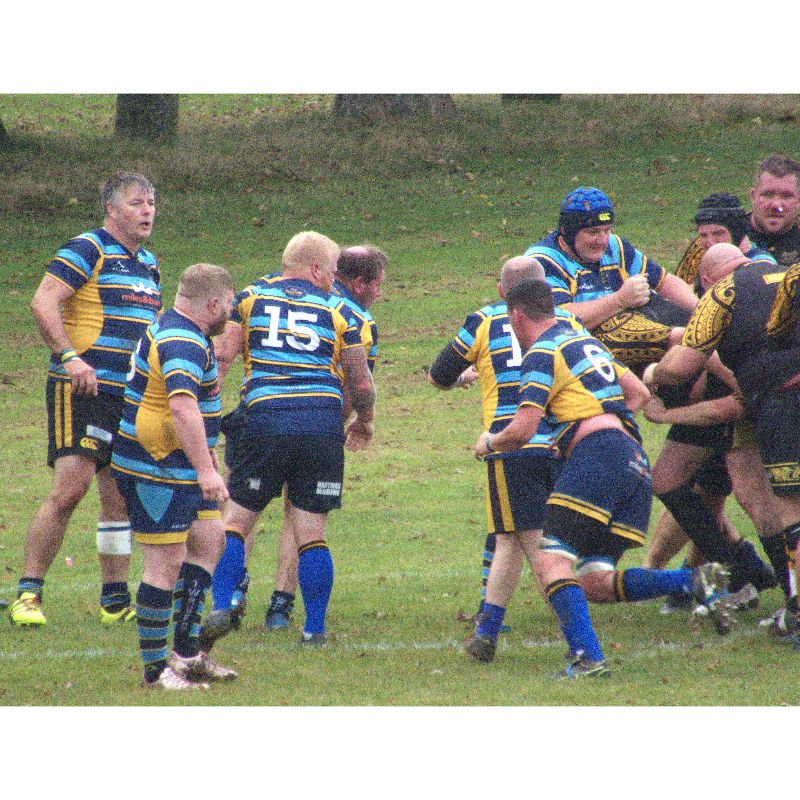 Wanderers Vets are overpowered in their first game of the pool stages of the Spitfire Gold tournament.

Four regular members of Thanet’s pack had helped the Kent Wooden Spoon team walk away with the trophy at the Vets Fest Tournament in Birmingham the previous day and they were missed against a big and capable Lordswood side.

The visitors opened the scoring after five minutes with a converted try. Jon Davies, playing in the second row, replied for Wanderers five minutes later to make the score 5-7. Lordswood handled well to score a second try that was not converted to make the halftime score 5-12.

Three more second-half tries, two of which were converted, gave the visitors a comfortable lead before Michael ‘Simmo’ Simmonds got a late consolation try for Wanderers for a final score of 10-31.