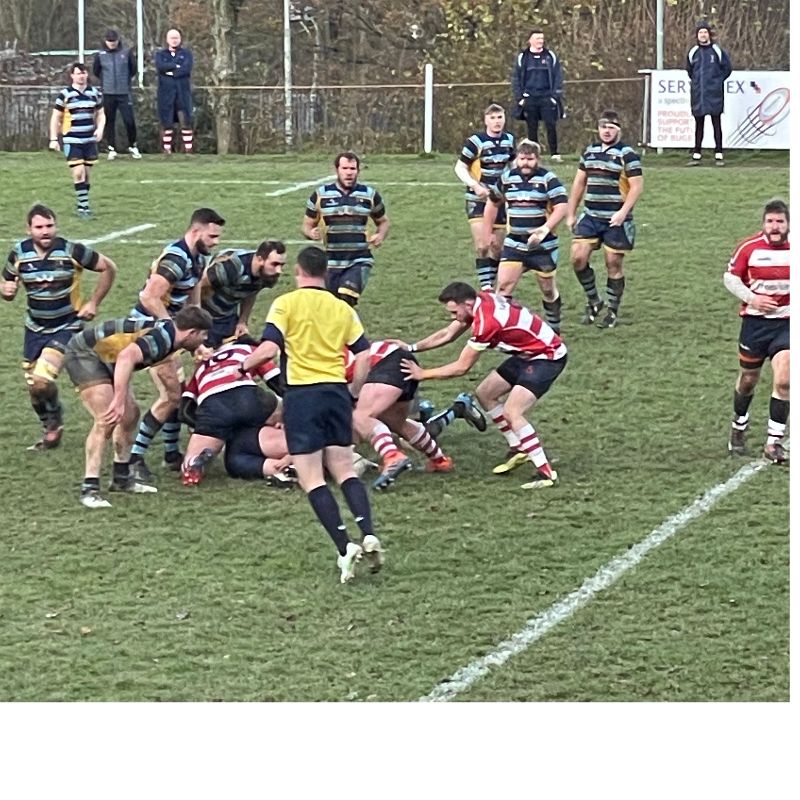 This was a game which neither side stamped their authority on, with both teams working hard to gain the upper hand. Thanet had the better start and were camped on the opposition's 5-meter line as Crowborough gave away a number of penalties.

The home side were able to clear their lines and quickly returned up the field. With their first real possession after almost twenty minutes of the game, after initially being held up, Crowborough scored the first try of the game to take a 5-0 lead.

It was not until late in the half that Marius Thompson kicked a fifty-twenty and from the resulting Wanderers line out, nipped down the blindside to score. The teams turned around 5 all at half-time.

Early in the second half Crowborough took the lead with a penalty and playing with renewed confidence, extended their lead running in a second try and with the conversion the score was now 15-5.

Thanet continued to press but despite the effort were unable to capitalise, when in the opposition half, to cut the lead. Crowborough scored their third try with over ten minutes left to play and then set their sights on a bonus-point score. Stout defence from Thanet denied them the extra score.

Coach Mike Pond stated that despite the score the team had played well, remaining strong in defence to deny Crowborough the 5 point win and to translate training moves, such as the 50-20 kick, onto the pitch. Thanet fielded two debutants for this game, John Oxley at full back and Harry Clemo as a replacement front row. Mike Pond said that Clemo really shone on his debut and that Oxley is a very exciting prospect although his availability is limited at the moment due to work commitments. The coaches’ choice as Man of the match was David Lemon who put in a really good shift in his unaccustomed position of second row in this match. His line out work was immaculate and he made numerous tackles and carries throughout the match.

Next Saturday, the first XV will be at home to Old Alleynians who are second in the league and who have the highest league average points per match of 36. Kick Off 2 PM.