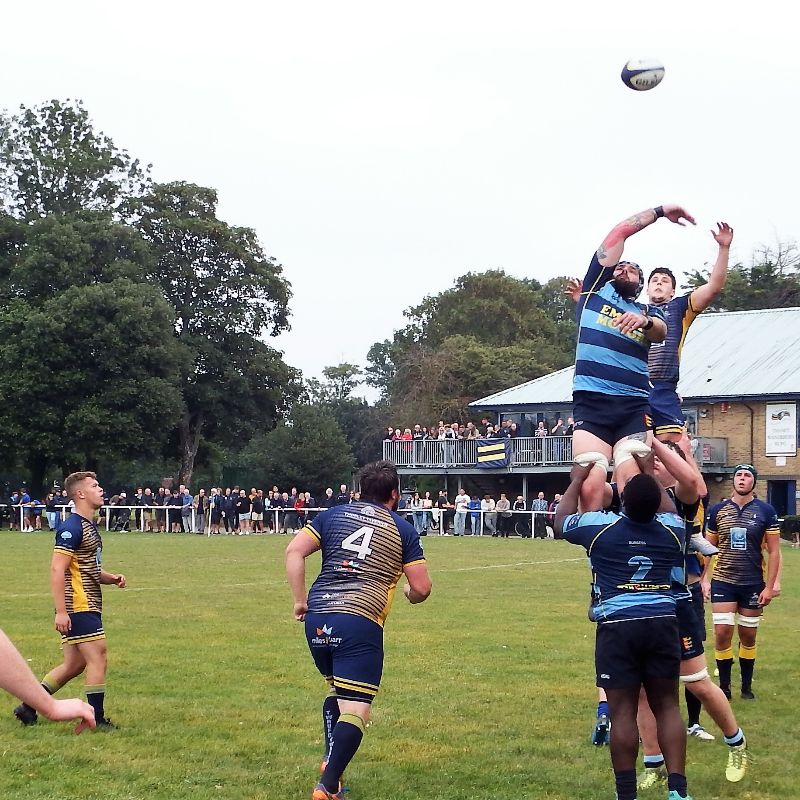 Rugby finally returned for Wanderers’ senior squad and it was good to welcome old friends from Dover for the return to near normality. Thanks to them for making the short trip up the A256 and to the referee Lewis Franks. Pre-match Covid tests for the Thanet squad reminded us that Covid-19 remains and things are still far from truly normal yet.

The game was played in three 25 minute sections and the opening period particularly will have pleased those many Thanet supporters who lined the touchlines. After just two minutes, crisp handling opened a gap and Charlie Knight crossed. Relentless home attacks brought a second try when Knight grabbed a kind bounce before popping it out of the tackle to Sam Rolfe to make it 12-0. The pressure was testing the visitors’ defence and Louis Marshall broke the line after twelve minutes before offloading to Tom Walton for try number three. Ten minutes later, Marius Thompson playing at ten broke nicely and Knight was at hand to power over. Playing today at outside centre he completed his hat trick two minutes later after a fine solo break that outpaced the defence to make it 31-0 at the first break.

This was a squad game aimed at giving all prospective first and second-team players game time before the league season opens on 18th September. One of those now returning for his umpteenth season was Peter Macaulay and at the other end of the age range some of the talented players who missed their Colts season were quickly into the action. Another making a welcome return to the Thanet fold after a few seasons away from rugby was Lennie Brown. The number eight forced his way through after five minutes of the second section and reached out to touch down. Two minutes later front-row forward Danny Clement, ignored his official status as a Vet, to burst through the defence and race in under the posts. The next try took a while coming but was worth waiting for when back-row forward Freddie Rigden, stole clear and galloped through the visitors’ defence to score on his senior debut.

The third segment of the game was notable for the tenacity of the defences of both sides and there was to be no further score. Wanderers’ eight tries and five conversions, shared by Sam Rolfe and Marius Thompson, resulted in a final score of 50-0. Far more important to Wanderers head coach Mike Pond and new forwards coach, Elliott Blackmore, will be the manner of the squad’s play with the hard work of the training pitch clearly apparent. The fitness and stamina of the squad was also apparent and will have delighted Gareth Redmond who is the new fitness and conditioning coach.

Next Saturday 11th September the Squad will visit Vigo RFC (and NOT Gillingham Anchorians) with a 3pm kick-off. Please try to support the team as they prepare for the league kick-off at home against Old Colfeians a week later.